(Source: CBS Sports) In a new sworn affidavit filed as part of lawsuit by six women against the University of Tennessee, it is alleged that Vols coach Butch Jones called one of his players a “traitor” after he helped a woman who alleges she was raped by two other members of the Tennessee football team. Read More > 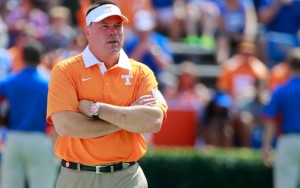